Though The Voyage of the Dawn Treader might not be the most interesting book in the Chronicles of Narnia series, of the first five books it contains the most interesting chapter: “The Magician’s Book” (Chapter 10). In it, Lucy, after accepting the invisible people’s challenge to find the magic book and recite the spell that makes the invisible visible, begins the task. 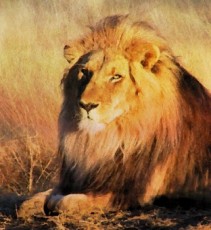 Once on the magic book’s first page, to reach the desired spell Lucy must proceed through it page by page. As she was doing it I felt as if I were looking over her shoulder, seeing what she saw. One element that effected that was Lewis’ skill in varying his sentences’ length. In particular, he’s the master of the long sentence. For example, one sentence that begins on page 152 contains 86 words (if I  counted right). It’s embedded between sentences containing 21 and 14 words, not short sentences but short relative to the one between them. The 86-word sentence is an excellent example of how to keep a sentence going without any part of it feeling as if it were dragging. A factor that contributes to the sentence’s success is its parallelism, its phrases that begin with “how to find,” “how to remember,” “how to tell,” and so on. That’s one writing technique that University of Iowa Professor Brooks Landon expounds on his book, Building Great Sentences: How to Write the Kinds of Sentences You Love to Read, a book worthy of the attention of those interested in the craft of writing.

Finally, if you’re a C. S. Lewis fan, no movie can do justice to his writings. It’s fine to watch the movies, but not at the expense of reading the books.

My Tweets
Join 208 other subscribers